17 Dec
2009
Recently I’ve had a new gadget in my life – a Fuji Finepix F72, which is really an F70 but exclusive to Jessop’s in a different colour (I have no idea why retailers do this but hey, it means mine is shiny black).

The camera is a birthday/christmas gift from my parents, since I’m taking increasing numbers of photos these days and our 3-year-old Fuji Finepix F650 is on its last legs! I have been looking around and although there are a few other things in the same kind of market, I read an astonishingly detailed review of the F70 and, considering how much I had liked the previous fuji, decided that this would be a good bet.

Its smaller than the last one while having a lot more resolution, I’m not really a camera geek but it does some funky things that I quite like. Even left entirely in auto mode, the photos are much better quality – especially in low light which was always an issue for the old camera! The scene presets are there and useful as ever. It has some strange settings where it takes multiple photos of the same thing to provide more detail – for example the mode which is pretending to be shallow depth of field takes a bunch of photos and then sticks them together in software, with interesting results: 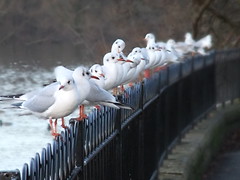 I’m still getting to grips with the different settings, and am attempting to join in with the daily shoot which is an exercise in taking a new photographic assignment every day. I’m running at less than 50% success rate but I am taking more photos than I would have otherwise so its good in any event I think! One thing I really want to crack is taking recognisable photos of people … so far the only person I seem to do well with is my toddler niece (perhaps because she doesn’t fear the camera the way the adults do?) 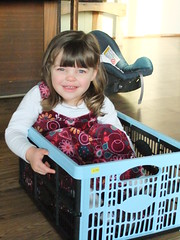 So, thanks mum and dad – and if you’re interested in following my photographic adventures, my photos are on flickr.