08 Apr
2019
I've been building apps with queues lately and mostly using beanstalkd as my queue because it is very simple, very fast and on my platform it is [apt install beanstalkd] -easy to install. I have also been using a handy web interface for beanstalkd which I like so much that I felt I ought to share! It's beanstalk-console, which is a PHP-based web interface to one (or many) beanstalkd servers.

Beanstalkd is a very simple queueing system and I've enjoyed using it from a few different tech stacks. It uses "tubes" rather than channels, supports priorities, and uses a simple string for the body of the "job" on the queue.

The console has a very simple Composer-based setup and is also ready-to-run in a docker container so should be accessible to most users, with or without PHP skills/installation handy. It allows you to configure servers and then the web interface shows these servers. You get a list of tubes with some information about each one: 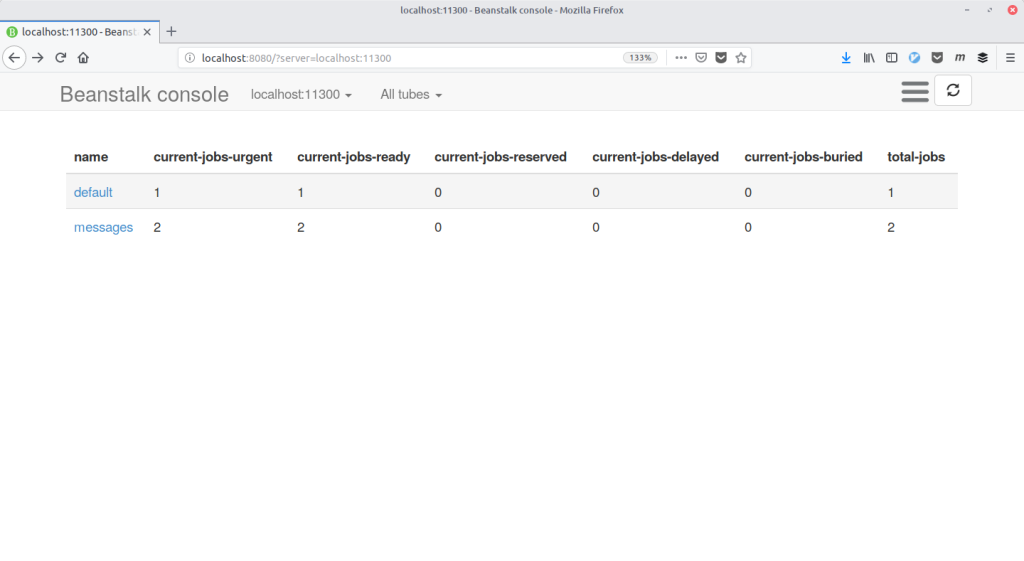 That's pretty cool and I use it both when I'm developing applications and when demo-ing code in presentations. The real magic happens when you drill further in though; get down to the individual tube level and you can inspect, create and "kick" (delete) jobs from the queues from the web interface. 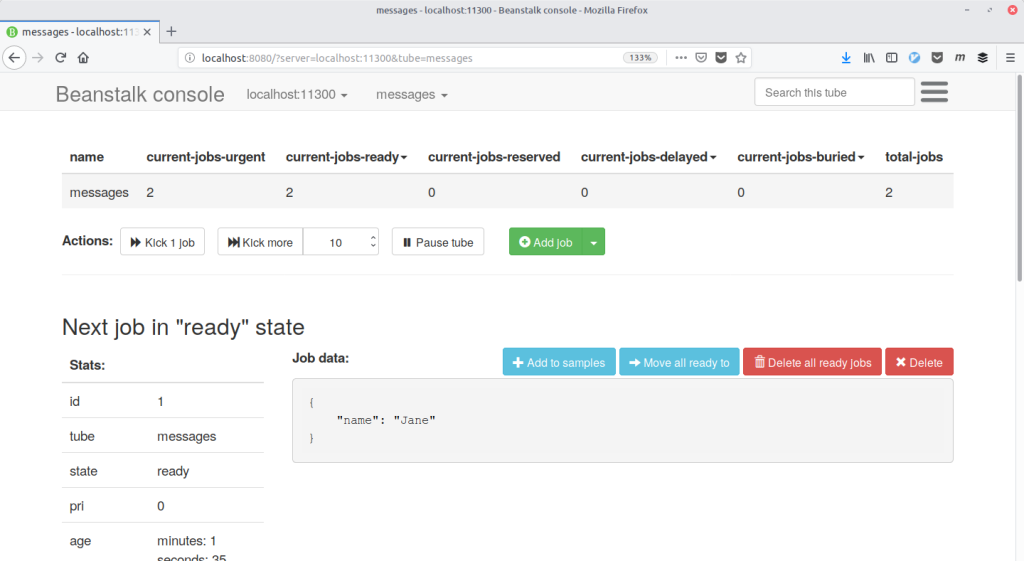 Having a good admin tool can give insight into the contents of a queue which would be bewildering for a production application under any sort of load but which is ideal for tracing problems or showing off smaller pieces of a larger application during demo or development phases. I've really enjoyed this particular tool so I wanted to share in case it's useful for anyone else too!