19 Jan
2009
I’m currently on holiday in Peru, including ten days organised touring in different parts of the country. I got back and discovered I had almost 900 photos which will take some time to process, so I thought I’d write a series of posts, rather than one monster one. The first stop on our trip was two nights in the rainforest up the Tambopata river, staying at Explorer’s Inn.

It was an early start for our flight to Puerto Maldonado, followed by three hours trip upstream by boat. I’ve never been anywhere like this before so it was pretty impressive. We saw Capybaras from the boat, and also got quite wet when it rained (we’re British, we just put on our raincoats and weren’t bothered). 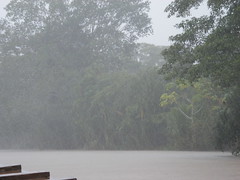 The lodge itself was basic but fine. I’m a fussy eater and still had no trouble getting enough that was edible, which was great. We went out on the river again at night, and the following morning had another early start to walk to Lake Cococha. It was a 5k walk in wellies, through bits of jungle and swamp, not too hot on the way out but we walked both ways at a very fast pace so the walk itself wasn’t much fun. The lake, however, was breathtaking. I’m not much of a traveller so this is probably the most remote place I’ll visit in my life. 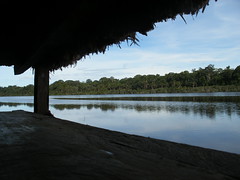 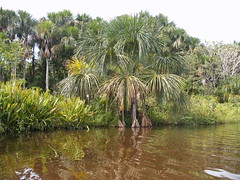 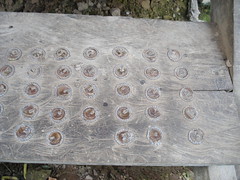 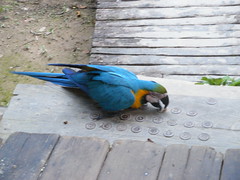