28 Oct
2011
At the weekend (yes, this took all week to write), I was on my first ever visit to Poland, in order to speak at PHPCon Poland. They contacted me early in the year to ask if I would consider going along to give my talk Teach a Man to Fish.

Since I’m not much of a traveller, I’ll confess that I hesitated before accepting the invitation. I normally try not to travel much at all, particularly outside of the UK, so Poland seemed like a big step. That said, it isn’t often that I get invited to speak, usually I have to write talk proposals, ask nicely and still regularly don’t make the cut!! I had been told that Polish people would be very welcoming, and that the landscape is beautiful – both of these turned out to be more than true! 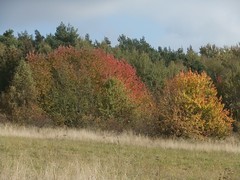 Everyone was very welcoming, and the language barrier proved much less than a problem than I had feared. I am used to travelling in Europe and I have a good concept of generally how well a conference in each country will cope with my English – and how much slower I should speak to be able to get my message across. Since I don’t speak another language at all, the idea of a whole room of people being able to understand a conference talk in a second language, kind of blows my mind. I’m used to this from the Dutch, who understand my English at the about the same level as the Americans do, but the Poles completely surpassed my expectations and all understood pretty much every word I said! This applies while I was on stage, but also in the bar, around the dinner table, and pretty much everywhere else.

Not everyone wanted to speak English back to me (which is completely fine by the way, I meet this a lot and I don’t expect everyone to have to make the effort of another language just because I only speak one!), but I learned very quickly that I was understood by everyone, and this made for a great weekend as I was able to interact with a lot of different people. 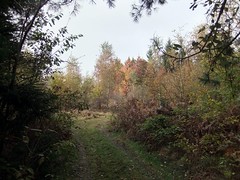 The hotel was up in the mountains, and the party seemed to rage from the moment we arrived on Friday afternoon, until when we left on Sunday! Many of the talks were in Polish so I can’t comment much on the content, however I took the opportunity while they were happening to pop out and do some walking with Derick Rethans – I took my camera with me and took the pictures you see in this post. Truly it was a beautiful place and I’m very glad I was brave enough to seize this opportunity. 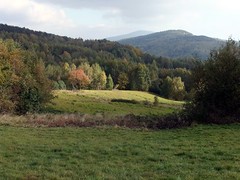