11 Feb
2013
I don't mean learning to talk, I mean learning to address an audience, coherently and without dying of fright (actually I think I have clinically proven that it isn't possible to actually stop living as a result of fright). There are a couple of things that I'm involved with that may help you, if you're looking to improve your successes in this area.

This is a virtual conference, held a few times each year. I've spoken at some of the previous events and been really impressed by how smoothly something quite intangible can run! The next event is on Friday 22nd March and is about public speaking - but aimed specifically at developers. If you want to speak at a user group or conference, or be able to get through presentations at work without stress, then this session will give you some good pointers. The speakers are three excellent conference presenters - and me :) I love this format, what else are you doing on a Friday (especially for Europe, where this doesn't start until our afternoon)? You can register and find out more about the event here http://daycamp4developers.com/. Did I mention that tickets are $40? You can also sign up to get the recordings if the date/time doesn't work out for you.

There's been lots of fuss lately about women speakers at conferences, or the lack of them. The low percentage of women in technology and a missing tendency to put ourselves forward for things means that this isn't going to change any time soon. However if you've been thinking about speaking, then you should know about an online group WeAreAllAwesome which is a meeting point for women speakers to brainstorm ideas for topics, put abstracts together, and share experiences on how to give a good talk. Our office hours are 6-7pm UK time on Tuesdays, and I'm one of the mentors in that project, so if you might speak or just want to join in chatter with women who do, then you know where to find us :) END_OF_DOCUMENT_TOKEN_TO_BE_REPLACED

14 May
2012
In July, I'm speaking at OSCON. Actually I have a few interesting speaking engagements coming up, and I haven't got around to adding upcoming dates to my blog yet but I'll be at phpDay in Verona next week with a talk on API Design and DPC in Amsterdam in June with a tutorial on Web Services and a talk on what OAuth is actually for.

OSCON is special because I have always wanted to go and never imagined it would actually happen. Every year I read the list of sessions from the year before, and decide that I absolutely must submit to the call for papers, regardless of how small I think my chances of being accepted are! I've submitted a couple of times in the past, excluding last year because I was newly freelance (OSCON does not cover any speaker expenses at all, they just give you a conference pass. That's kind of hard going for those of us self-funding halfway across the world, and last year, I just couldn't do it. This year I still can't really justify it but I'm going anyway!) END_OF_DOCUMENT_TOKEN_TO_BE_REPLACED 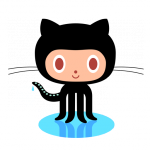 On Monday 19th March I'll be speaking at PHP Leeds. The topic is all things git and github; as an open source project lead I see lots of very capable programmers taking their first steps with github. In this session we'll talk about how you can use these tools to contribute to open source (or your own projects, of course), covering both "what to click in the web interface" and "what to type at the command line" for git and github respectively. Come along if you want to know more about git, open source, or github!
01 Mar
2012
I spoke in the unconference at PHPUK last week, on running an open source project. I thought I would collect together my thoughts into one place before I lose the scratty piece of paper I wrote them down on. I'm not sure I'm the right person to be giving advice exactly, but these are the things that, having been project lead on joind.in for a while, I think are important.
END_OF_DOCUMENT_TOKEN_TO_BE_REPLACED
07 Feb
2012
I am delighted to announce that I'm speaking at the upcoming DayCamp for Developers in early March. The idea behind the daycamps is to bring important but non-technical skills to developers everywhere - so the sessions are virtual and so are the speakers! This time around the topic is Business, so we have a series of speakers to give you advice from a practical, developer-centric point of view - on everything you need to know!

My own talk is "Time and Money"; both are pretty important concepts to have a handle on when you are in business, either as a freelancer or when starting or helping to start a bigger business. Even as an employee, these are really important concepts to understand; most of what I learned about business I learned working with business people in the jobs I had beforehand.

28 Oct
2011
At the weekend (yes, this took all week to write), I was on my first ever visit to Poland, in order to speak at PHPCon Poland. They contacted me early in the year to ask if I would consider going along to give my talk Teach a Man to Fish. END_OF_DOCUMENT_TOKEN_TO_BE_REPLACED
27 Sep
2011
A few weeks ago, while attending the delightful OggCamp, I was approached by someone asking me to speak at PyConUK. Well ... END_OF_DOCUMENT_TOKEN_TO_BE_REPLACED
02 Sep
2011
I'm updating my web services tutorial session at the moment for the PHPNW Tutorial Day. I switch the order of the topics around every time, in an effort to make it more digestible, and I thought I'd share.
END_OF_DOCUMENT_TOKEN_TO_BE_REPLACED
26 Jul
2011
I'm delighted to announce that I'll be speaking at OggCamp this year. This is an event that I've attended both previous years, and one that I always seem to get a lot out of. It's an open source, anything goes, unconference kind of event. Except that this year there is also a scheduled track of talks alongside the usual unconference content.

I love oggcamp for the sheer randomness of what I learn there. I've variously seen talks on home automation, mapping, operating systems, politics ... the list is pretty long. This year, it's in Surrey, on the same weekend as the final deadlines for my book so I figured I'd have to give it a miss. But when I got an invite to speak on the scheduled track, I realised this was the omen I needed, and accepted at once!

I'll be giving a talk entitled "Open Source Your Career" - a talk which brings up an aspect of open source that we often don't discuss; the personal rewards that an individual can gain from being involved in open source. If you thought it was all about altruism, think again. I'll be bringing anecdotes, from my own career and others', about how the best way to fast-track your professional growth. See you in Surrey :)

28 Jun
2011
I am a female speaker, and a software developer, which puts me in a fairly small minority at the events I usually attend (I'm a PHP consultant based in the UK, to give you an idea of what kind of events those are). Recently I've been asked my opinion more than once on the issue of women speakers being in a minority at technical events, and I've also been the "token" women speaker at a technical event.

The worst thing you can do is find some random, underqualified person who represents the demographic you want to include, and put them on the stage. Although gender is often the issue we hear most about, the same applies to anyone who isn't a young, white male; it's just that gender is easier to see and talk about than either age, ethnicity, sexual orientation, or anything else, and also since I'm a young, white female, it's the only aspect I can comment on.Women are in such a minority that they are, almost by definition, representative (see http://xkcd.com/385). Anyone who sees your randomly-selected woman speak will simply go away thinking that women aren't really good at speaking. END_OF_DOCUMENT_TOKEN_TO_BE_REPLACED